How to Lose Clients and Alienate Your Readership 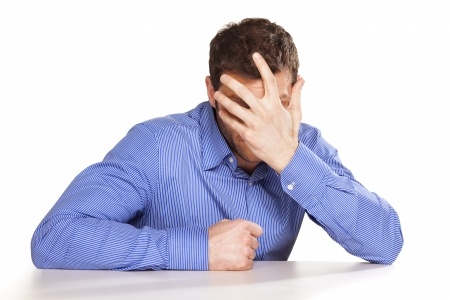 I was preparing this morning for my weekly webinar with the LinkedIn Inbound Networkers Group, where our topic was “Marketing Dos and Don’ts.” I remembered a doozy of a marketing “don’t” from two months ago: A pair of emails sent by a WordPress consultant to his email list. This consultant ran a paid membership site offering WordPress video tutorials, custom plugins and help forums.

Back in August, when the first of these had emails arrived, I was absolutely stunned by the author’s idiocy. I was going to say “cluelessness,” but “idiocy” is the only word that truly conveys his colossal blunder.

Here is the first email subject line and opening paragraph (asterisks are mine, not his):

Subject: BYOB Live – How to Fix a WordPress Website that is Totally F**ked Up!

Karl — Yes, I know that the f-bomb is entirely inappropriate for professional communication. But sometimes a site gets so messed up that polite language simply can’t capture the agony of owning it. Sometimes something happens that screws up a site so much that it makes you despair for your humanity. One of our members has such a site.

Now, I’m not prudish and I sometimes use similar language among people who aren’t offended by it. I even worked on a project back in 1994 that resulted in some very profane and funny conversations with a client. That project was The Historical Dictionary of American Slang, Vol. 1: A-G and the client was Random House. Huge project that took most of a year to complete.

And we went on in the same vein. At first, it was hard to resist the desire to giggle a bit at these absurd conversations. But, by the end of the eleven-month-long project, we’d become immune to the power of the f-bomb and other cuss words.

Thirteen oversized pages of tiny dictionary type were devoted exclusively to variations of the f-bomb in this enormous tome that documented more than 300 years of American slang. I think the f-bomb had the dubious honor of claiming more pages than any other slang term in Volume One.

My point of this odd segue? There is a time and place that’s appropriate for certain language. I can even think of a few markets where you might need an f-bomb or similar language for authenticity.

But not for a general business audience.

Twenty days later I received a follow-up email from this consultant (again, the asterisks are mine):

Karl — Yes, I know that the f-bomb is entirely inappropriate for professional communication. Hey the last time I sent this out a bunch of people quit! – But that’s how bad it can be sometimes. So bad that the last time I tried this EVERYTHING went wrong. Tomorrow we’re going to take another crack at it.

He obviously didn’t learn anything! In this email he admits that “a bunch of people quit” after he sent his first email. I assume he lost subscribers to his email list AND paid members of his website. And then he does the same thing again!

And he paid the price for it with the loss of subscribers and customers. All for a little sensationalism.

So, is there ever a good reason to shock your audience?

Sure. Grabbing attention with a provocative email subject line or headline is nothing new. In fact, it’s often critical to cut through the clutter.

But ALWAYS consider your audience and your credibility with them.

When I moved from Pennsylvania to Texas, I suffered a bit of culture shock. People back in the northeast tend to throw around mild profanity casually; whereas, people in Texas avoid it. Even a common explicative like “damn it” is often rephrased as “darn it” or even “dag-nab-it.” I’m not kidding! I’ve even heard people refer to “hell” as “H-E-double hockey sticks.”

So imagine the response you’d get dropping an f-bomb on someone uncomfortable saying “damn it” or “hell.”

And you’d better believe that our WordPress consultant had such people on his mailing list and as customers. Emphasis on HAD. I’m sure many of them have departed.

In case you’re wondering, his general tone and language in previous emails was always inoffensive and Rated G—about what you’d expect from someone writing to a general business audience. That made his f-bomb even more shocking because it completely deviated from the persona he’d established in his communications.

Have you ever received—or used—similar emails or marketing messages that crossed the line? What about ones that shocked but were effective? Please share!

Mobile Marketing Is No Longer Optional

How to Write Kick-Ass Blog Headlines

How to Recover from a “Marketing Malfunction”

This site uses Akismet to reduce spam. Learn how your comment data is processed.

This site uses Akismet to reduce spam. Learn how your comment data is processed.